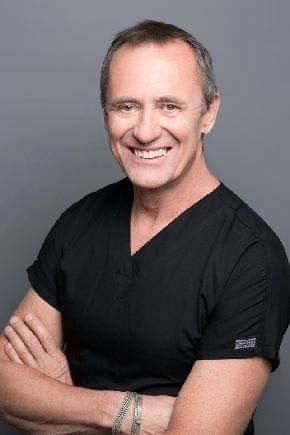 You could say that my destiny was already planned out for me! Before I was born, my grandfather, Harold Peacock was a dental technician working for various dentists in the 1930’s. My father, Derek, then followed suit and went on to build a successful dental laboratory called Ecodent, in Leeds, West Yorkshire. When I left school, I joined Ecodent to work for my father, as did my older brother, Daryl, and shortly after my younger brother, Christopher. My Grandfather would have been proud to see all of his descendants following in his footsteps! I attended Kitson College of Technology, in Leeds and was awarded the Dental Technician’s Certificate with credits in 1978. At Ecodent I began to realise that many patients were suffering with their dentures and that some dentists struggled to understand the mechanical side of dentures. This became clear to me when dentists began sending their patients to our lab, to adjust their dentures correctly. Occasionally, they would ask us to re-make the dentures, taking the impressions ourselves. I discovered some dentists were avoiding making dentures all together, and with this knowledge I began planning my own practice where I could help these patients. After extensive research, I finally made the decision to leave Ecodent and set up my own practice in Shipley. This was a life changing decision, I had worked with my brothers for so long - to take this huge step, was not only risky but also very emotional. In 1995 I opened Direct Dentures (later to become 'Smile on the Square'); I continued to work along side Ecodent, as I was their only crown and bridge technician at the time, portioning my week between the two companies. When the KSS deanery developed the Clinical Dental Technology diploma in 2008 we were so excited as a dental team as it meant a way forward for us in a more professional and convenient manner. I was very apprehensive about the course initially, as it has been a number of years since I last attended anything of this magnitude. But it meant so much for expanding the business and more importantly, for our patients. I qualified as a CDT with distinctions in 2010. I can honestly say, our practice has moved so far forward on a professional scale, it truly is an achievement, and I feel proud and honoured to have experienced this wonderful opportunity. I hope that I can continue to serve my patients in their best interests for the foreseeable future. PS and No, my children did not follow in my footsteps but have successful careers of their own.

Smile on the Square have years of experience within the dental profession. We have been providing Innovative solutions for many years .

NEW DENTURE REPAIR POSTAL SERVICE AVAILABLE We know getting out and about in now harder than ever! So, no matter […]